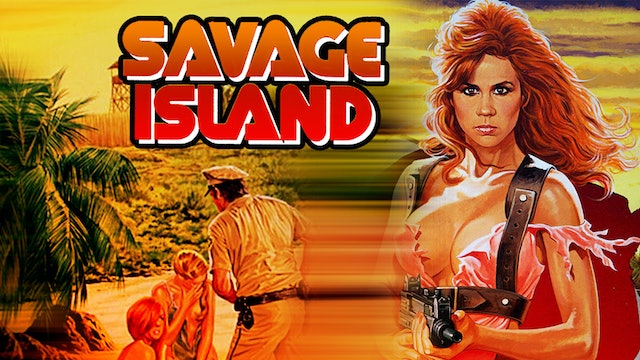 Beautiful women, enslaved to work in a South American jewel mine, are tormented, molested and treated like objects by the male guards; but the babes rise up in bloody revolt, not only exacting sordid revenge on their captors, but on the rich American businessman who sells the gems the women extract.

Having escaped a life of degradation and torture on an uncharted prison island, a young woman named Daly (Linda Blair) heads for the city with one thing on her mind: revenge. Daly, an escapee from a brutal South American labor camp, determines to exact vengeance from the wealthy businessman (Leon Askin) who profits from it. Tricking him into taking a private meeting with her, Daly produces an Uzi and forces him to listen, at gunpoint, to horrific tales of the degradations inflicted upon two women in the camp.
Directed by: Nicholas Beardsley