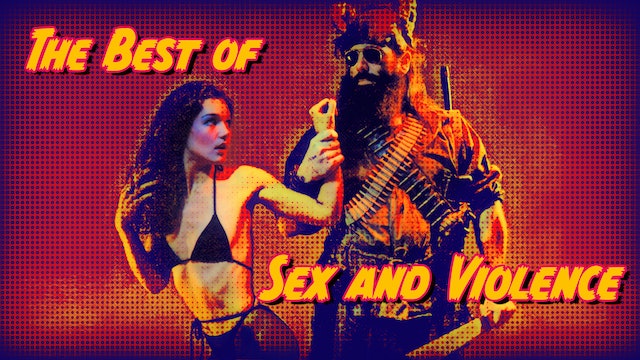 The Best of Sex and Violence

The film you are about to watch is culled from the legendary WIZARD Video library. In the early 1980's, WIZARD Video broke ground releasing some of the wildest cult films from all over the world and the print represented here is exactly as it was presented upon release. So step back in time and groove on this WIZARD Video original!

Condensing all the sex and violence from a ninety-minute film into a three minute trailer (coming attraction) with artistry, imagination, and a sense of humor often creates a new entity entertaining unto itself. The trailer is invariably better than the picture it represents.

Every area of exploitation is represented. The various categories are organized and interspersed with hilarious live action commentary by our resident sociological expert John Carradine, himself a living icon of exploitation films.