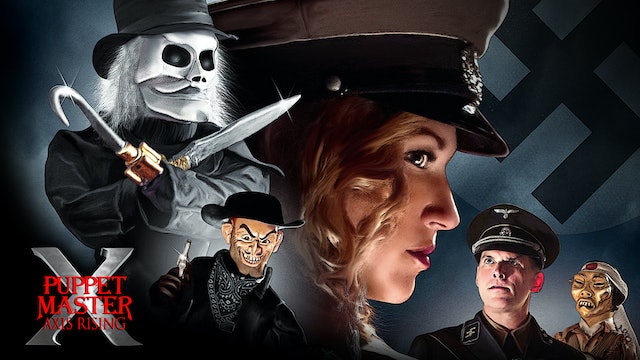 The battle is over the war has just begun...After foiling a plot to blow up an American arms plant, DANNY COOGAN and his girlfriend, BETH, quickly find that their troubles have just begun. One of Toulon's mysterious Puppets has been kidnapped by the Nazis, and under the wicked, watchful eye of the occultist COMMANDANT MOEBIUS, the Puppets’ life-giving serum is synthesized to create a master race of unstoppable soldiers.
Moebius plots to assassinate the highly decorated GENERAL PORTER to deliver a crippling blow to the American war effort, but his experiments are not ready. A Nazi Scientist uses the serum to create their own superior race of NAZI PUPPETS in the form of BLITZKRIEG, WEREMACHT, BOMBSHELL and KAMIKAZE! Danny and Beth, teamed with craggy SERGEANT STONE and Toulon’s Puppets, are no match for Moebius and his war machine. It is up to BLADE, PINHEAD, LEECH WOMAN
and JESTER to revive their own secret weapon to stop the AXIS RISING! 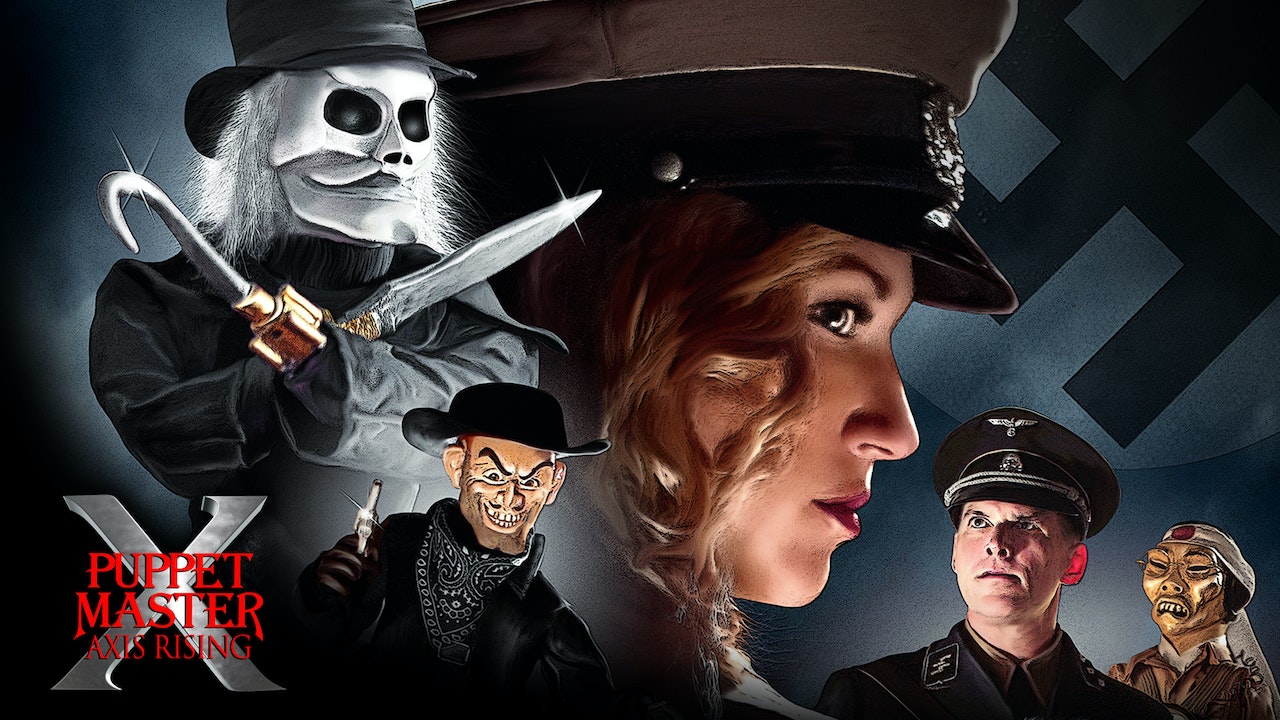