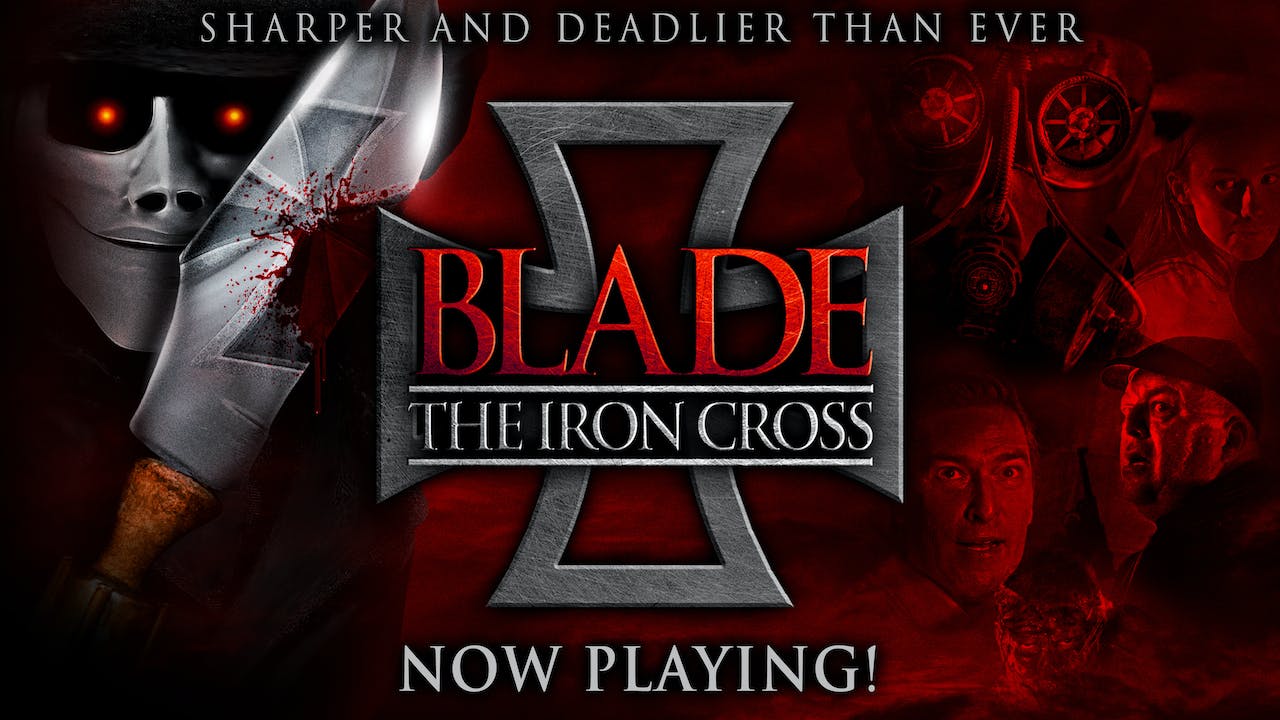 For decades the fans have been asking for it and now Full Moon finally delivers with the first ever standalone feature film centered around its most beloved character - the homicidal hook-handed puppet assassin BLADE!

Charles Band’s iconic PUPPET MASTER series continues in this 12th official entry as Dr. Hauser, the Third Reich's maddest scientist, rises again with murder and mayhem on his mind. As the deranged Nazi doctor's perverse plot is revealed, psychic journalist Elisa Ivanov awakens her own angel of death in Blade and together, maiden and marionette get set to hammer the evil Hauser back into hell where he belongs.

Sick science, punishing puppets, clairvoyant crusaders and a legion of fascist zombies combine in this, the darkest and weirdest PUPPET MASTER film yet: BLADE: THE IRON CROSS!