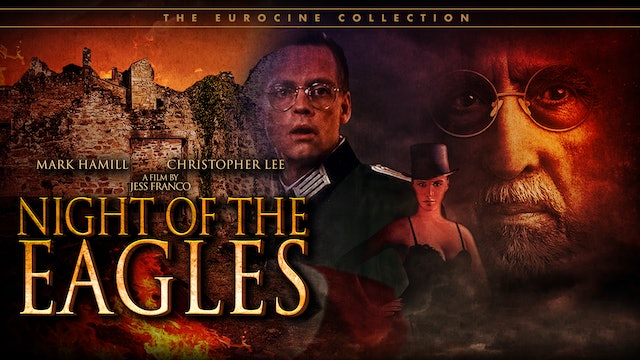 Jess Franco's Night of the Eagles

From the studio that brought you ZOMBIE LAKE and PANTHER SQUAD and the director of FEMALE VAMPIRE and BARBED WIRE DOLLS, comes Jess Franco's NIGHT OF THE EAGLES, a stark WWII drama starring iconic genre actors Christopher Lee (HORROR OF DRACULA, THE BLOODY JUDGE and the STAR WARS prequels) and Luke Stywalker himself, Mark Hamill (the original and most recent STAR WARS films).

Lee plays Strauss, a wealthy German businessman whose comely, loving daughter Lillian (Alexandra Ehrlich) is torn between two lovers, Peter (Hamill) and Karl (Ramon Estevez, brother of Charlie Sheen). Unable to choose between her paramours, Lillian's life changes forever when her beaus are shipped off to fight on the frontlines and she is forced to take a job as dancehall singer in a sordid niteclub. With her country and its people torn to pieces by the ravages of war and her once prosperous father relegated to a life of poverty and despair, Lillian must make unthinkable choices in the name of survival.

A sober, sophisticated and far less exploitative latter-day offering from Franco, NIGHT OF THE EAGLES is one of Eurocine's most expensive pictures, made shortly after the studio's perverse 1988 Franco masterpiece FACELESS, and boasts handsome production design, authentic costumes, bloody battles and a magnetic supporting performance by Lee as a man who helplessly watched as his dreams unravel. Full Moon is proud to present this underrated, unique Franco film for the first time in America, totally uncut and remastered from the original 35mm camera negative. 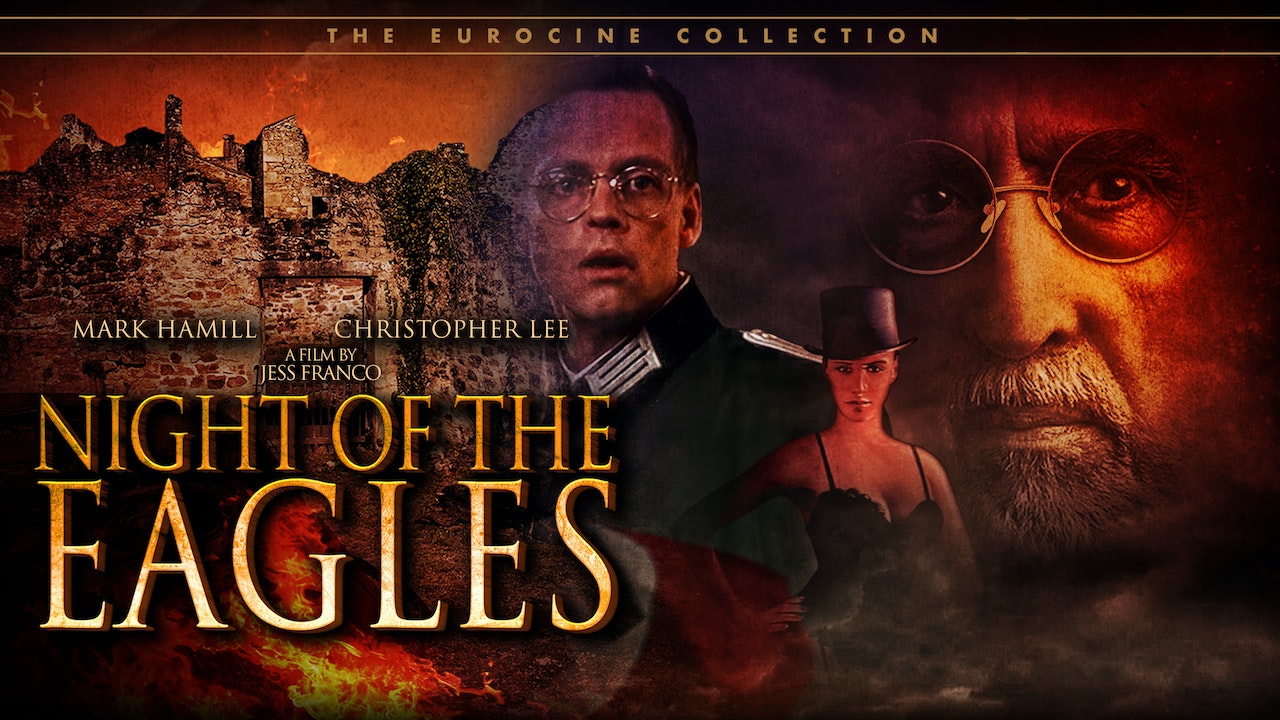