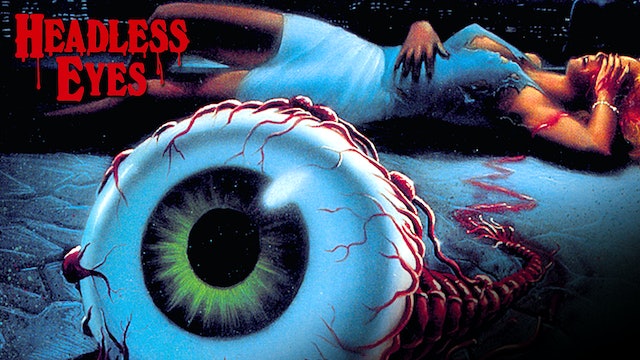 HEADLESS EYES is culled from the legendary WIZARD Video library. In the early 1980's, WIZARD Video broke ground releasing some of the wildest cult films from all over the world and the print represented here is exactly as it was presented upon release. So step back in time and groove on this WIZARD Video original!

For fans who howled at THE TEXAS CHAINSAW MASSACRE and DAWN OF THE DEAD, more gruesome gore is in store when blood fills the screen for HEADLESS EYES. An artist turned housebreaker is discovered by his victim.

In their struggle she gouges out his eye with a spoon! With the eye hanging down his cheek by a nerve and driven insane by pain and horror, the artist seeks vengeance on the world-and the sex-that maimed him. He stalks beautiful women through the streets of New York, leaving a gory trail of hideously mutilated bodies that makes headlines and baffles police! 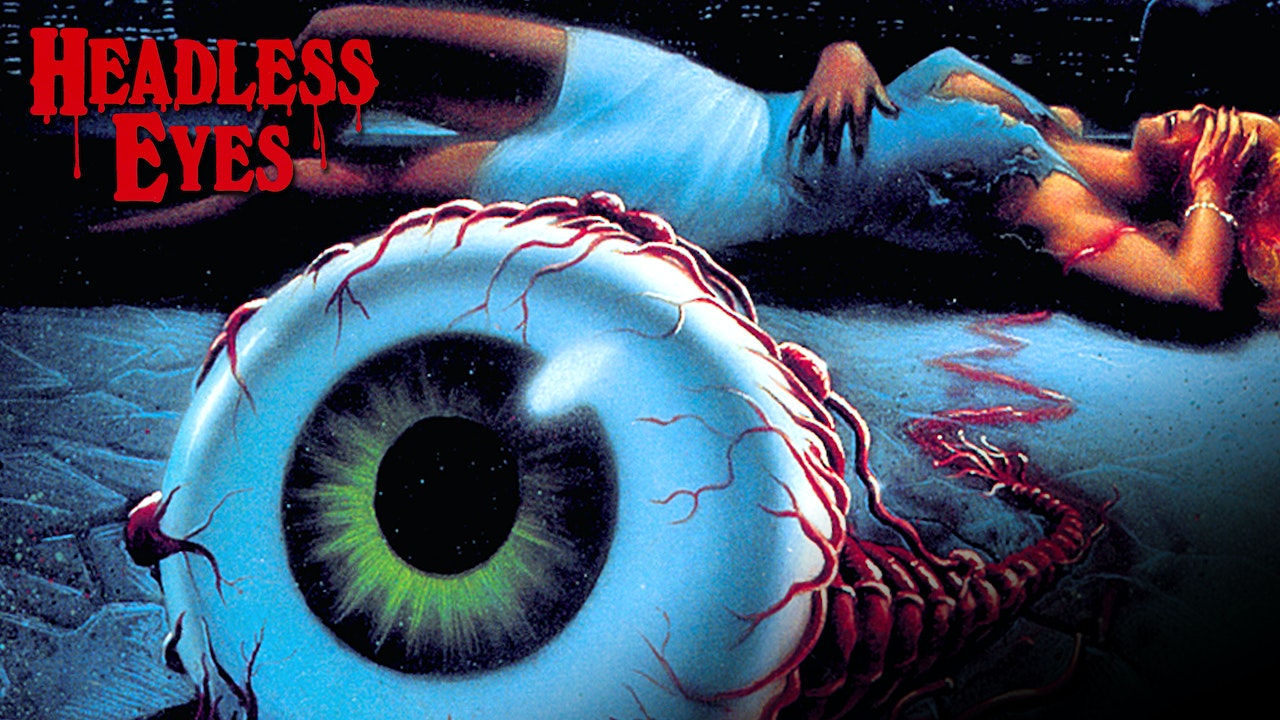