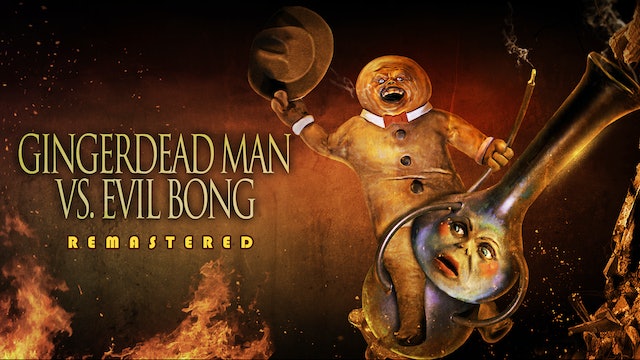 And hell rode with them!

It's a War of the Colossal Freaks when serial killing cookie, GINGERDEAD MAN, tracks down the lone survivor of his murderous rampage, SARAH LEIGH (Robin Sydney), to take care of unfinished business. But his devious plans go up in smoke when Sarah meets LARNELL (John Patrick Jordan), who has a pint-sized problem of his own. The EVIL BONG, EEBEE, has been unleashed once again.

Bodies begin to pile up as Gingerdead Man carves a path for them. Their only salvation is to turn for help from the dastardly Evil Bong Eebee herself! It's one tough cookie versus one bad trip mother when the two Titans of Terror hash out a war in the Bong World. The stakes have never been higher!

The crossover film to the EVIL BONG and GINGERDEAD MAN franchises! 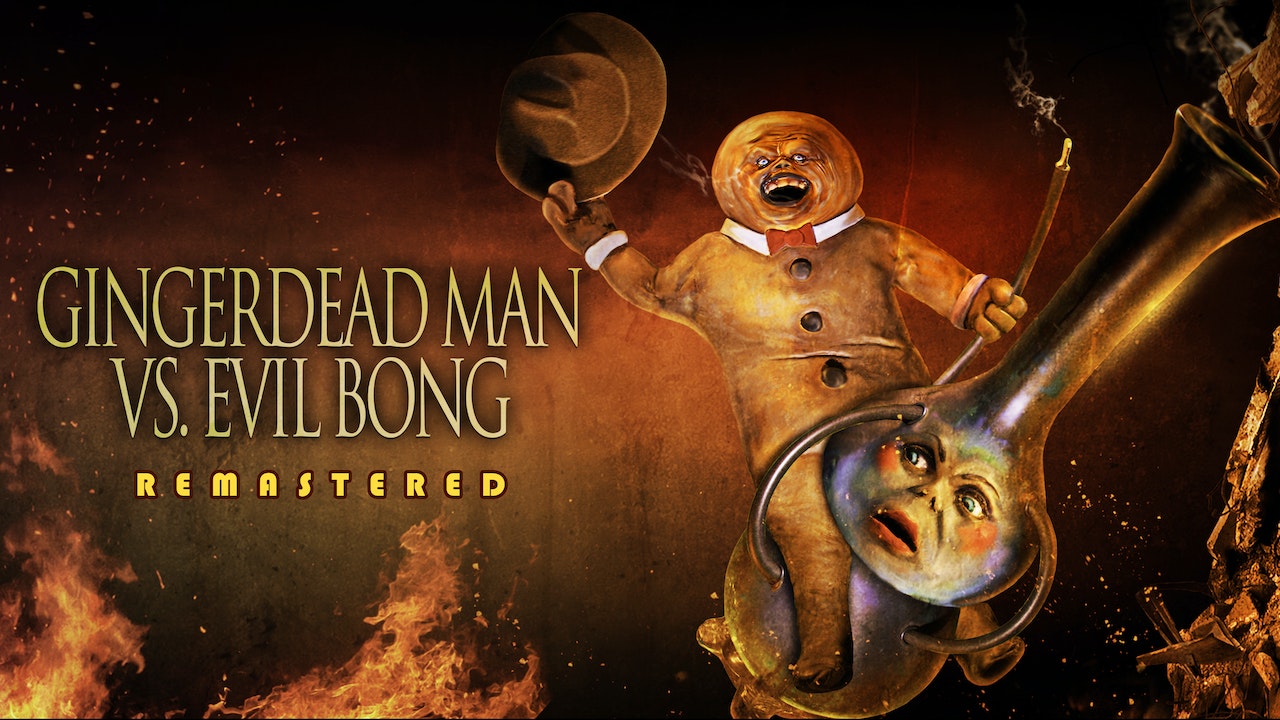