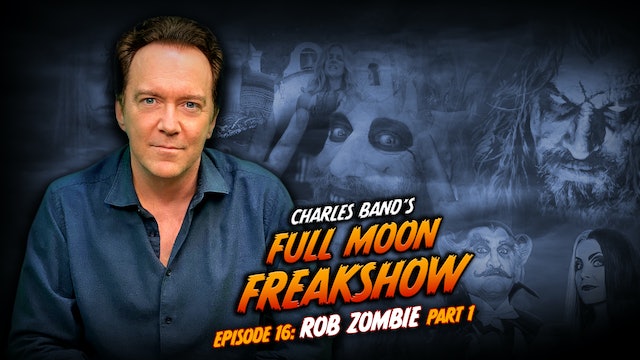 In this special 2-part episode, the Freakshow welcomes the inimitable Rob Zombie, our first real deal rock star guest! Of course, the fact that Zombie is also one of the most singular horror film directors working today makes him that much more fascinating. He's a horror movie fan turned heavy metal God turned filmmaker who has given the world such cult classics as THE DEVIL'S REJECTS, THE LORDS OF SALEM, the lean and mean remake of John Carpenter's HALLOWEEN and most recently, his psychedelic remount of the 60's TV staple THE MUNSTERS. He never stops touring, he never stops creating and he never stops being true to his signature artistic style. Buckle in for this first installment of our epic chat!