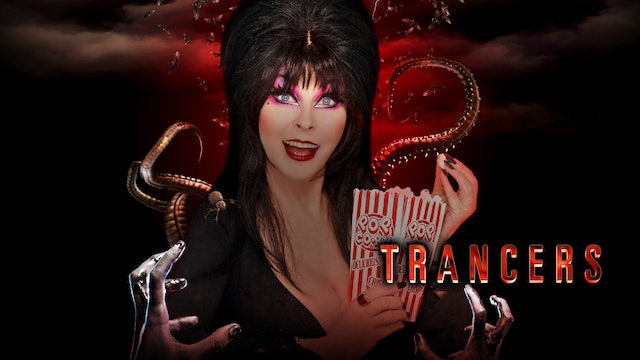 Legendary horror hostess Elvira joins forces with immortal mad movie mogul Charles Band and his celebrated Full Moon Features imprint for their spooky, silly and sexy "ELVIRA'S 10 NIGHTS OF HALLOWEEN"! In this episode Elvira hosts the Sci-fi classic TRANCERS…His name is DETH. He hunts Trancers. Even in the past!

Welcome to Angel City, 2247. Trooper Jack Deth (Tim Thomerson) is wiping out the last disciples of Whistler, who used his psychic power to 'trance' those with inferior minds, forcing them to follow his every desire. Though he'd been thought dead, he's very much alive… in the year 1985.

Whistler's master plan - kill the ancestors of the City Council. With the Council disbanded, nothing can stop him from controlling the city. And that's where Deth comes in. Jack is sent back in time, inhabiting the body of his ancestor. Just one problem: Whistler's ancestor is a police detective, and he's trancing people in 1985.

With the help of a strong-willed punk girl, Lena (Helen Hunt) he must find and protect Hap Ashby, a former baseball pitcher now living on Skid Row, and confronts Whistler. 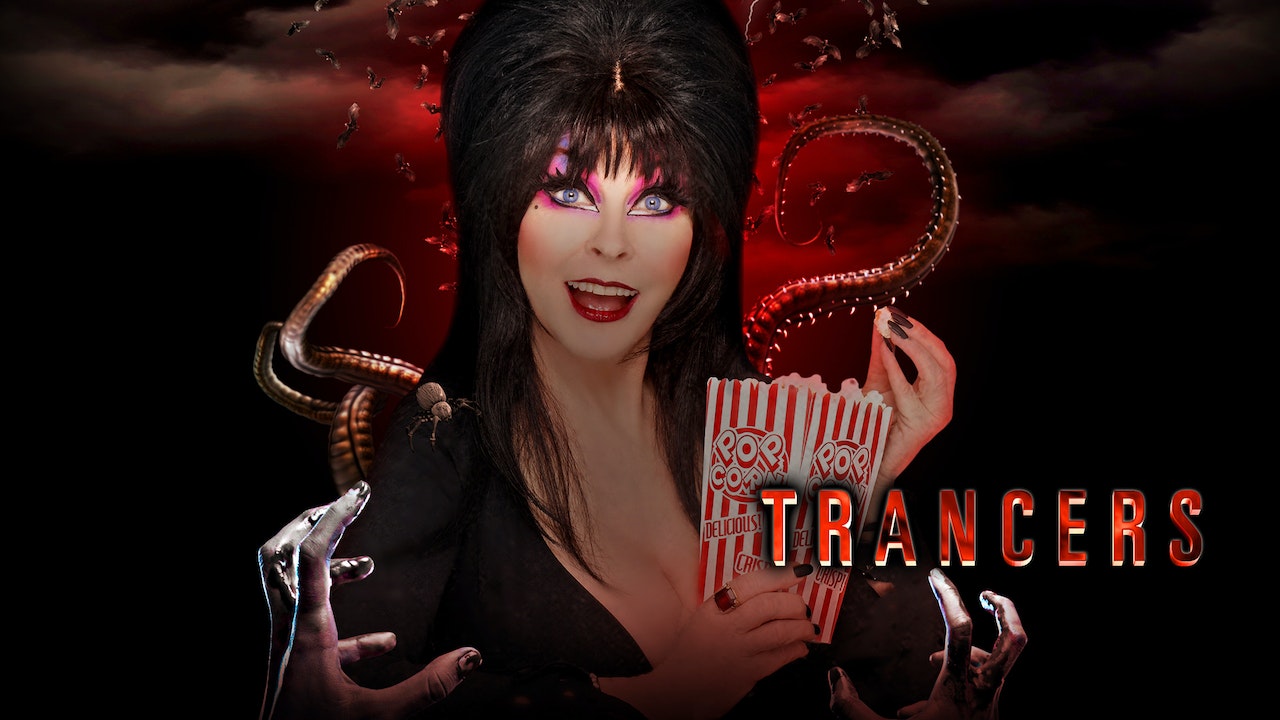