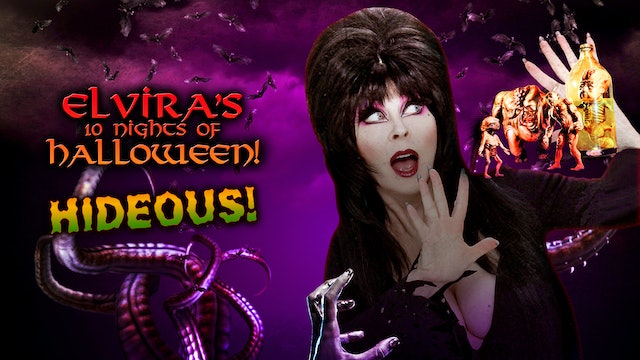 The ghoul with the most, Elvira Mistress of The Dark hosts the delicious Full Moon Features film HIDEOUS!

A group of rival collectors of severely deformed freakish human beings and the FBI agents that are investigating them must battle against some of their collections which aren't as dead as they seem...

Dr. Lorca, an eccentric collector of biological oddities, has just acquired his greatest specimen; a horrible mutant born of noxious waste... but the creature's rightful owner wants it back. The collector's clash is cut short though, as the sickening specimen comes to life, re-animating an angry, oozing little army of ferocious freaks. 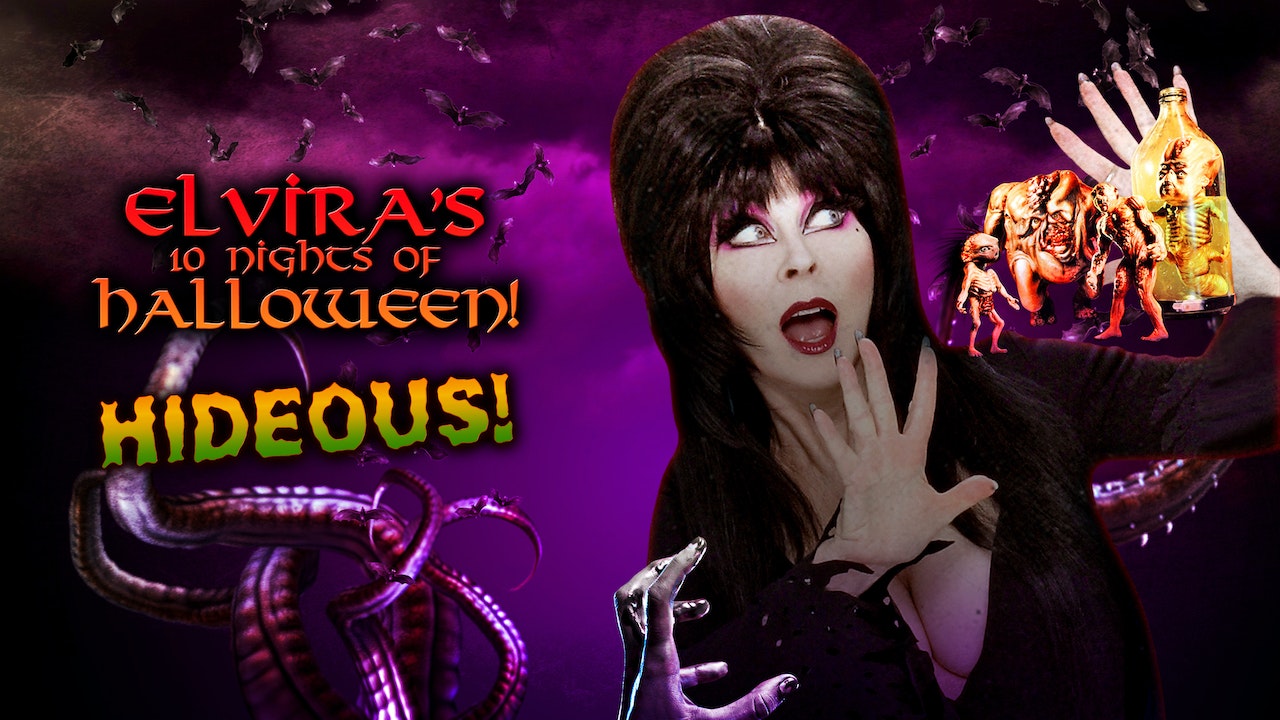