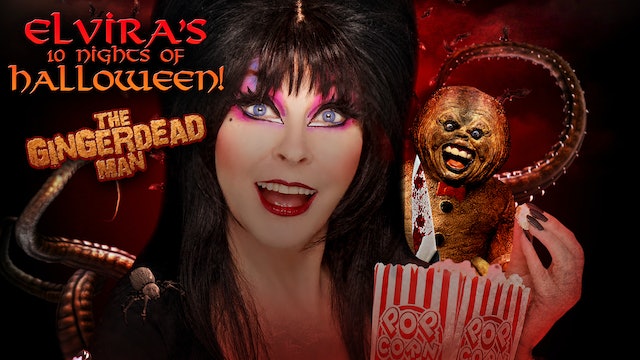 The ghoul with the most, Elvira Mistress of The Dark hosts the delicious Full Moon Features film starring your favorite killer pastry...THE GIGERDEAD MAN!

THE GINGERDEAD MAN: Evil never tasted so good! In a quiet, small-town diner a deranged patron, Millard Findlemeyer (Gary Busey), opens fire on the Leigh family, killing all but the daughter, Sara Leigh (Robin Sydney). During the trial, Sara’s testimony sends Millard to the electric chair and his ashes are sent to his mother. In a vow of vengeance, Millard’s mother mixes her son’s ashes with a secret gingerbread cookie mix, which makes its way into Sara Leigh’s bakery. When one of the bakery employees, Brick Fields (Jonathan Chase), cuts his arm and accidentally bleeds into the mixture, an old curse spawns a 12” walking, talking, killing gingerbread cookie who wreaks havoc on anything standing in his way!!

Now, the adorable yet evil cookie will stop at nothing to get his revenge! 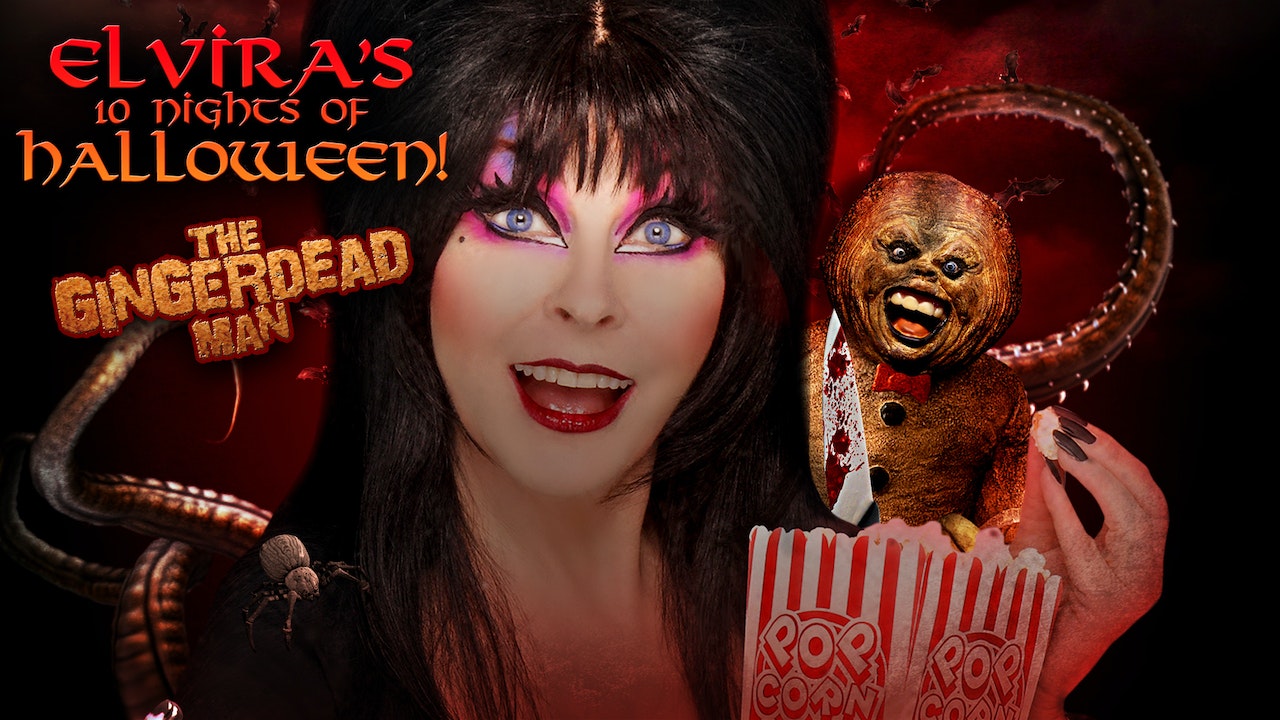