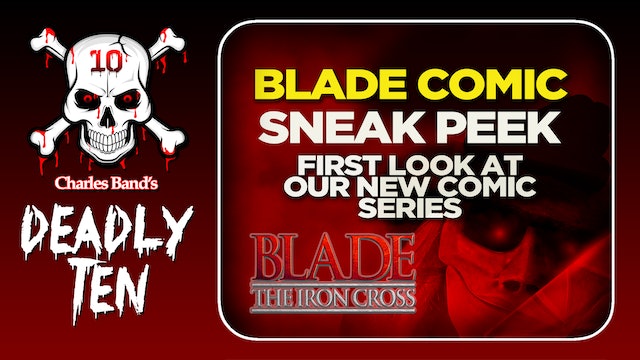 It’s HERE! Full Moon Comix is ready to debut our new in-house studio produced comic book line, “Charles Band’s Deadly Ten Presents”! This is a series of comic books that takes you further and and deeper into the immersive Full Moon Cinematic Universe! Featuring ten stand-alone tales of your favorite characters, each one directly correlating to the corresponding Deadly Ten film!

And it all begins in September with our Blade: The Iron Cross book, which thrusts you into Blade’s past as he goes on his first solo mission in a bloody attempt to keep Dr. Hess's research out of Nazi hands! Can YOU collect ALL the covers? 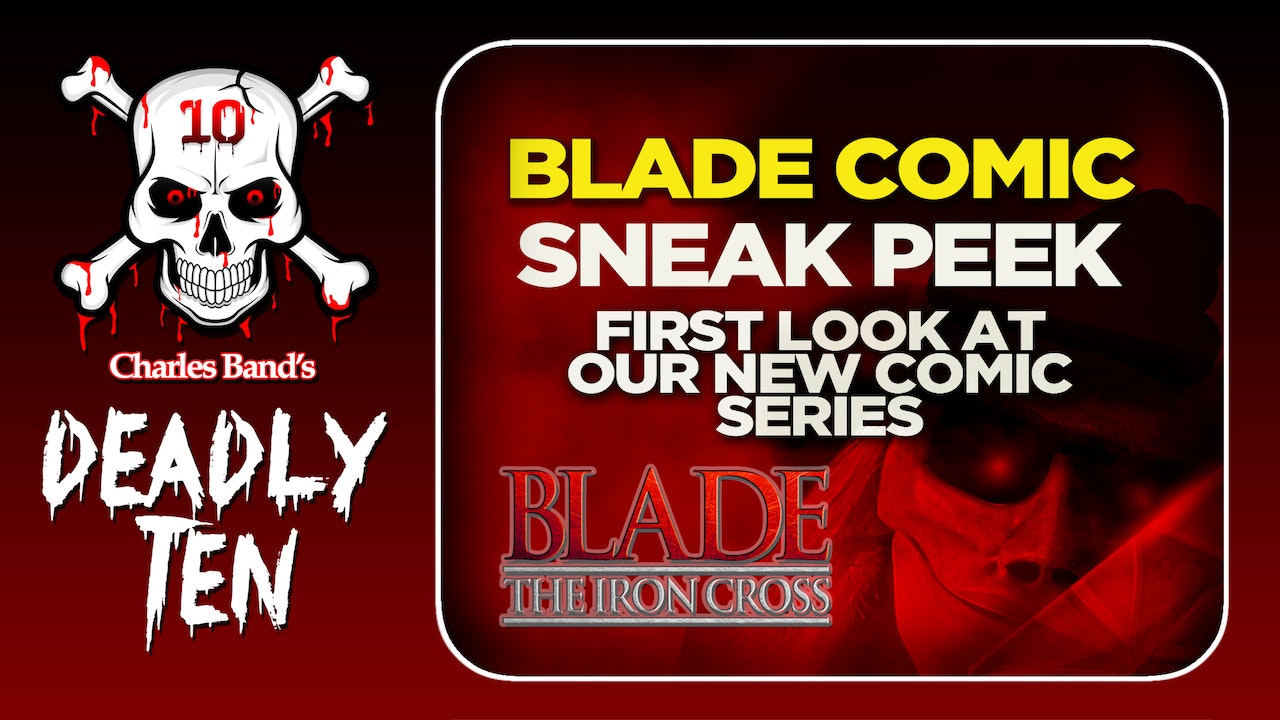