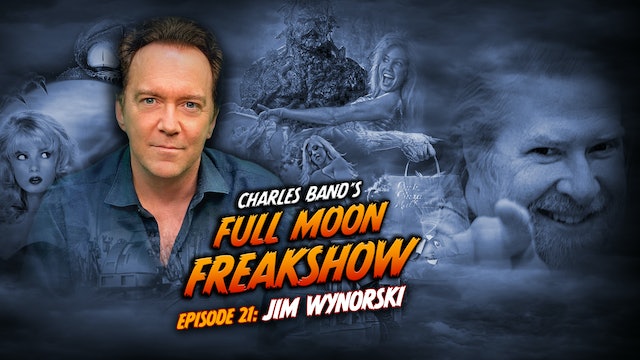 Our guest this week is a newly minted member of the Full Moon family and one of the most important B movie directors in history: the one, the only Jim Wynorski. Like so many others before and after him, Jim got his start working for Roger Corman, first as a publicist and later as the writer of 1982's ALIEN clone FORBIDDEN PLANET. From there, Jim would go on to direct films like THE LOST EMPIRE, CHOPPING MALL, BIG BAD MAMA 2 and THE RETURN OF THE SWAMP THING while effortlessly riding the changing tides of the theatrical and home video genre film markets. His latest films include our ATTACK OF THE 50 FOOT CAMGIRL and its sequel GIANTESS BATTLE ATTACK! as well as the upcoming KILLBOTS!