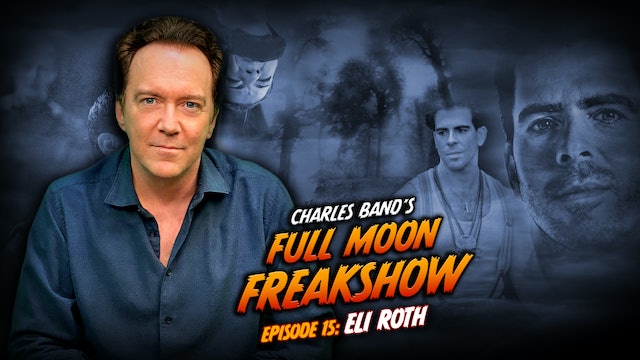 This week's guest is not just an accomplished writer, producer, director and actor, he's also a brand unto himself, a contemporary master of horror. Eli Roth's first feature film, 2003's CABIN FEVER immediately established him as an auteur in the genre, a reputation solidified by the success of his merciless, blackly comic 2005 film HOSTEL and its even grislier sequel. Along the way, Eli has given us such savage films as the Italian cannibal film riff THE GREEN INFERNO, the remake of DEATH WISH with Bruce Willis taking over for Charlie Bronson and even the family fantasy film THE HOUSE WITH A CLOCK IN ITS WALLS. As an actor, you know him from Tarantino's INGLOURIOUS BASTERDS, where played the nazi-clubbing "Bear Jew"; more recently he ushered his hit documentary series ELI ROTH'S HISTORY OF HORROR to the small screen. Roth is a true multi-hyphenate and we're excited to have him on the Freakshow.