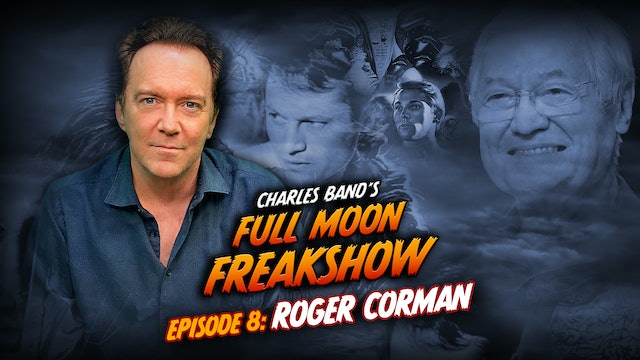 This week, Charlie welcomes a man who almost single handedly invented independent genre cinema, the legendary Roger Corman. Corman first made waves via his work in the 1950s and '60s with American International Pictures, and later, with his own companies New World Pictures, Concorde, New Concorde and New Horizons. He's made over 200 films and distributed hundreds more and along the way has discovered and nurtured such major talents as Francis Ford Coppola, Jack Nicholson, Dick Miller, Joe Dante, Martin Scorsese, Jonathan Demme, James Cameron and many, many more. He's a force of nature that refuses to stop making movies his way and we couldn't be more thrilled to have him on the Freakshow!