Out of all the pictures Spanish exploitation maverick Jess Franco and Swiss producer Erwin C. Dietrich released, 1977's SLAVES is perhaps the rarest and most sought after. The film (also known as SWEDISH NYMPHO SLAVES and DIE SKLAVINNEN) stars Franco's wife and muse, the inimitable Lina Romay (MARQUISE DE SADE) in a rare villainous role as Madame Arminda, the owner a notorious high end brothel called The Pagoda, who oversees the kidnapping and sexual torture and humiliation of a young society girl (Martine Stedil, BARBED WIRE DOLLS). When the girl's father pays the ransom but doesn't get his daughter back, he and his nasty manservant (played by Franco himself!) raid The Pagoda and enslave Arminda, subjecting her to untold indignities while trying to find out what happened to his child.

As with all Franco/Dietrich productions, SLAVES packs a sleazy wallop but its grimy doses of sex and violence are juxtaposed by rich production values, gorgeous cinematography by Peter Baumgartner and lush music by Walter Baumgartner. Filled with a enough female nudity to fill 10 films and bolstered by Romay's intense performance, SLAVES is classic piece of Franco-philia that needs to be seen and is presented here totally uncut (in its original German language with English subtitles). 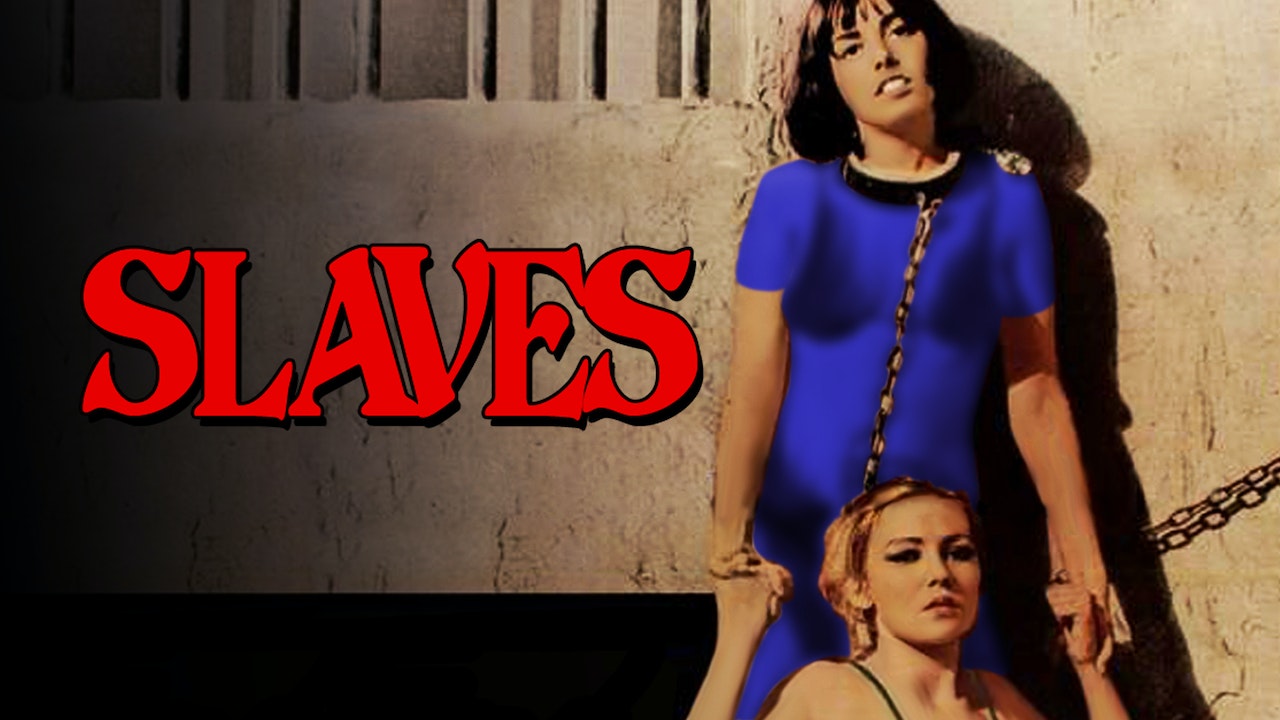