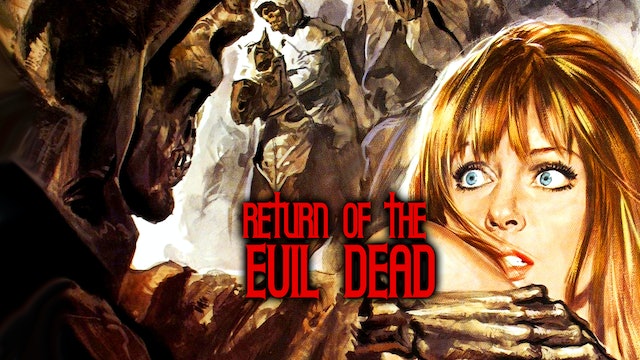 Return of The Evil Dead

HAVE THEY HEARD YOUR HEART BEATING?

In this second startling film in the BLIND DEAD series, writer/director Amando de Ossorio returns to the horrific origin of the depraved Templar: heretic knights whose eyes were burned out by medieval vigilantes to prevent them from finding their way back from Hell. Now on the 500th anniversary of their execution, the blind horsemen rise from their tombs to wreak bloody revenge on the town that condemned them. Tony Kendall (WHEN THE SCREAMING STOPS), Frank Brana (PIECES) and Lone Fleming (TOMBS OF THE BLIND DEAD) star in this chilling sequel that rocked the EuroHorror genre!

This Definitive Edition of RETURN OF THE EVIL DEAD (aka as 'Return of the Blind Dead' and 'El Ataque de los Muertos Sin Ojos') is fully restored. 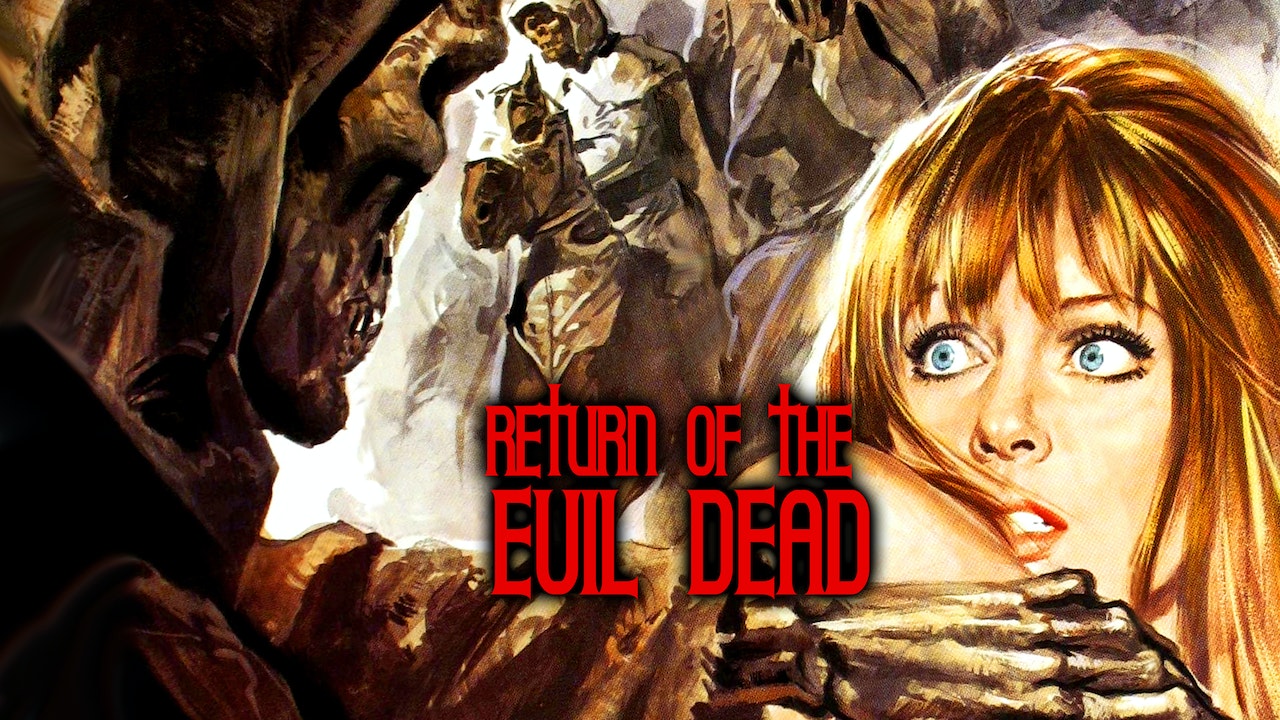