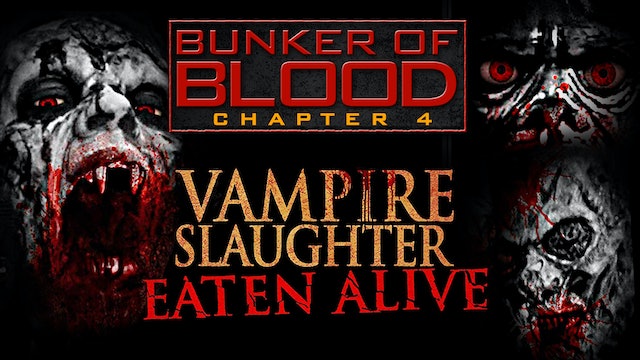 VAMPIRE SLAUGHTER: EATEN ALIVE, the fourth entry in FULL MOON'S BUNKER OF BLOOD! This is our ongoing, gory, go-for-broke films series that features some of Full Moon's bloodiest moments from many of our most fearsome franchises framed by a new, bone-chilling narrative.

Synopsis: After regaining consciousness on DeathHead Island, The Gore Collector, Tape Head and the now fully-assembled Molly board a ramshackle raft made with wood taken from the actual crucifixion of Christ, and start their trek across the Blood Sea. But first, the creepy crew encounter the inhabitants of the island: a tribe of of drooling albino vampires! As the Red Gortex sucks our heroes into its crimson depths, Molly pops in yet another terrifying tape and insists The Gore Collector lock his eyes on the screen...

Framed by a motion comic that literally illustrates the evil adventure, FULL MOON'S BUNKER OF BLOOD is an 8-part feature film series designed to turn the toughest stomachs and make your eyeballs bleed. VAMPIRE SLAUGHTER: EATEN ALIVE features the reddest scenes from classic Full Moon flicks like SUBSPECIES, VAMPIRE JOURNALS and DECADENT EVIL and weaves them together in a tapestry of spurting shock.

Shine-up your crucifix, chop your garlic and prepare for the wildest BUNKER OF BLOOD yet! It's got BITE! 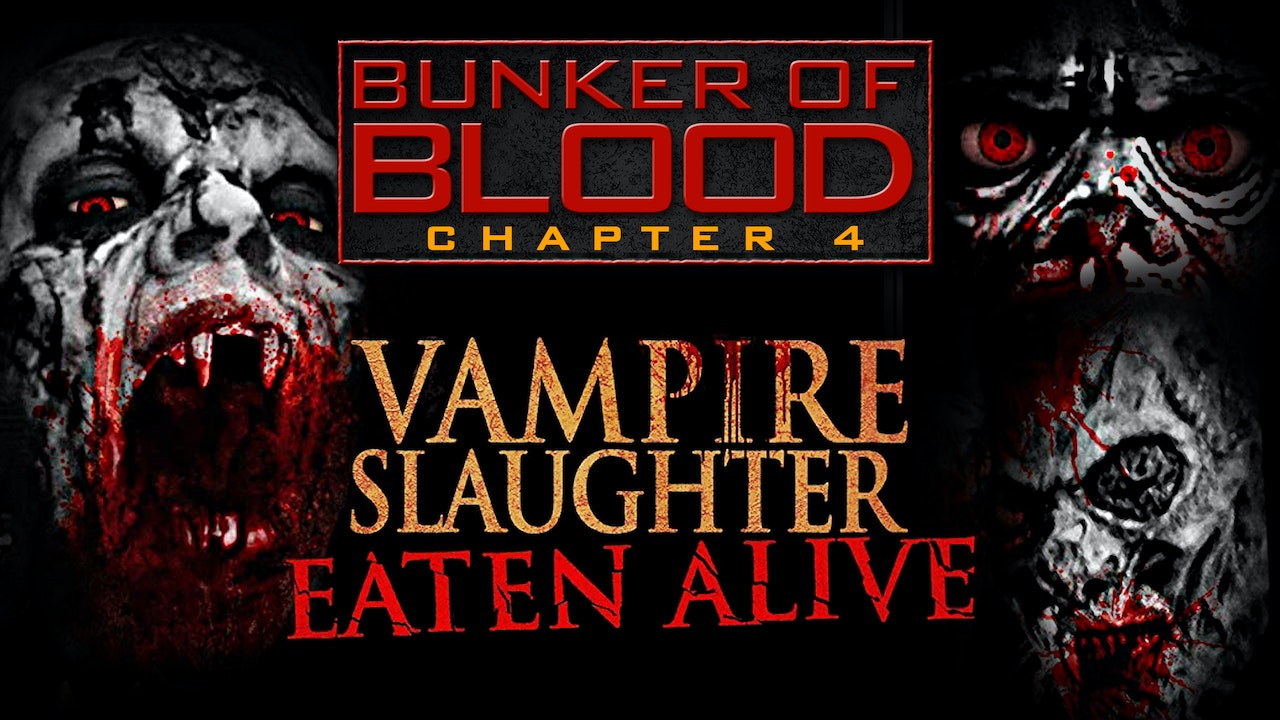